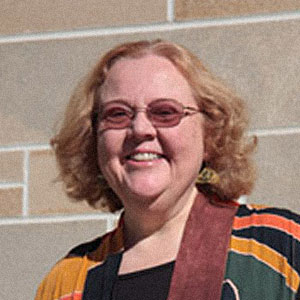 Dr. Virginia Vitzthum's research focuses on women's reproductive functioning and how it differs between individuals and across populations around the world. This work has direct implications for improving women's health including reducing breast cancer, depression, autoimmune diseases, and other hormone related disorders; treating infertility and preventing early pregnancy loss; and developing more effective contraceptives with fewer side effects. In 2012, Vitzthum was elected a Fellow of the American Association for the Advancement of Science for her contributions to understanding the causes and consequences of female reproductive variation.

Starting in the mid-1990s, Vitzthum has directed Project REPA— a long-term study of hormonal variation, fertility, and health in highland Bolivian women. The project investigated a then unresolved paradox: how is it that US women who undertake an exercise program often cease ovulating and become infertile, whereas women in less-developed countries may have many children despite ongoing strenuous physical labor? Vitzthum found that despite the arduous conditions, Bolivian women conceived with hormone levels only about 2/3 those of US women. These observations support Vitzthum's "Flexible Response Model" of how women's reproductive systems respond to environmental cues. Vitzthum and her collaborators at the Bolivian Institute for High Altitude Biology are continuing to study this same sample of Bolivian women as they age (they are now in their late 40s) and experience menopause, with major data collection in 2011 and further research ongoing.

In 2007, Vitzthum began a study comparing reproductive hormone levels of women who grew up in East Germany versus West Germany during the Cold War. Surprisingly, despite living in less luxurious conditions, the East Germans had higher hormone levels than the West Germans. In another study, she found that central Asian nomadic herders had even higher hormone levels—in fact, theirs were the highest ever recorded. Vitzthum and her colleagues at the Max Planck Institute and Indiana University Purdue University–Indianapolis (IUPUI) are investigating whether dietary and genetic variation might explain these differences.

Vitzthum has recently begun a collaborative study of women in the Arctic, where there is nearly continuous darkness for several months around mid-winter and nearly continuous daylight for several months around mid-summer. She and her colleagues hope to learn how these extreme light patterns—which are in some ways similar to those seen in shift workers around the world—affect immune functioning, hormone levels, depression, and sleep patterns.

Vitzthum's research has received support from the National Science Foundation, the Fulbright Scholar Program, and private foundations and organizations.