From the Source: Producer and Writer of The Danish Girl to Present at the IU Cinema

The Kinsey Institute is thrilled to welcome Gail Mutrux and David Ebershoff to Indiana University for a special screening of the 2015 film, The Danish Girl.

The Danish Girl tells the emerging story of the life and relationship of Danish artists Lili Elbe, the first transgender individual to have gender confirmation surgery, and her wife, Gerda Wegener. Einar Wegener’s transformation to Lili Elbe begins when Gerda asks her husband to model for a painting, dressed as a woman. This touches a reality that leads to Lili’s realization of who is she and who she needs to be. Set in Danish society of the 1920’s, the film subtly portrays the changes in Lili, and in Gerda, as they navigate a new reality.

Both of the leads, Eddie Redmayne and Alicia Vikander, have been nominated for Academy Awards, and the film has garnered numerous awards and nominations.

Author David Ebershoff and producer Gail Mutrux are scheduled to attend the IU Cinema screening of The Danish Girl on March 3rd.

“The Kinsey Institute transgender archives are not only a resource for scholars and medical researchers, but are often referenced by writers and popular media to give background to historical events and social and cultural changes,” said Liana Zhou.

Among the trans archives at the Kinsey Institute are the collections of Christine Jorgensen, who became famous when she returned from having sex reassignment surgery in Denmark in 1952 (contemporary headlines included "Ex-GI Becomes Blonde Bombshell”); the Magnus Hirschfeld collection (German sexologist and early champion of transgender rights); and the Harry Benjamin collection (physician credited with the ‘Standards of Care’ for transgender medical intervention).

The Danish Girl, IU Cinema, March 3 2016 at 7:00pm. Free, but tickets required. Producer Gail Mutrux and author David Ebershoff will be present for Q & A following the film.

Ms. Mutrux and Mr. Ebershoff's visits are co-sponsored by Indiana University Cinema, the Departments of Gender Studies and Sociology, the Media School, and the Center for Sexual Health Promotion. 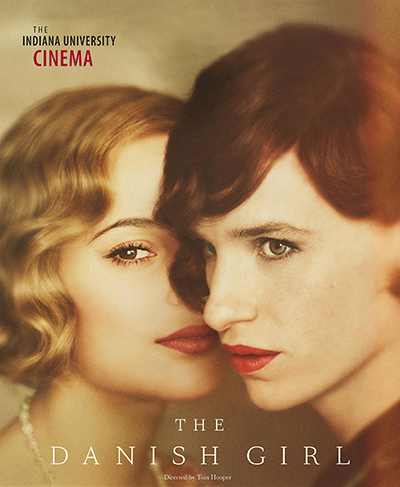