How Having a Sexual Rival Changes Men’s Sexual Behavior 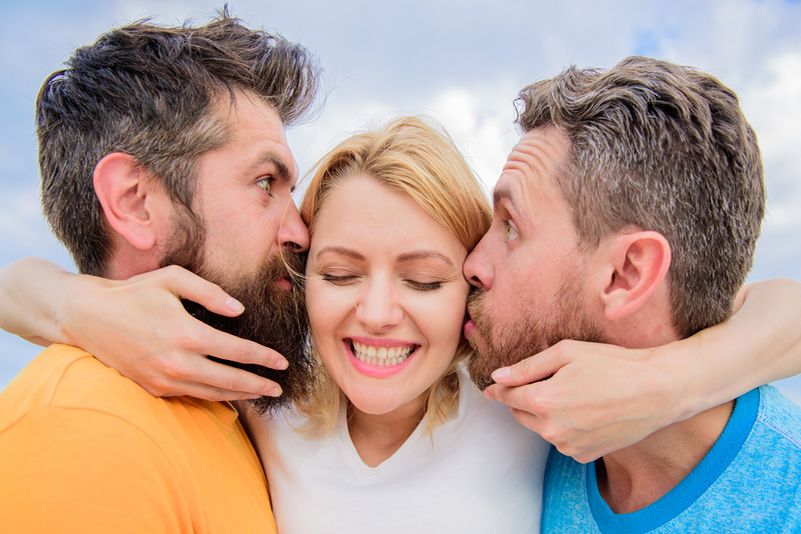 Men sometimes have sex with women who are already in relationships with other guys. So what is it like to be the “other man” in these situations? Does the knowledge of having a sexual rival change the way that men approach sex? For example, does it affect how much effort they put into pleasing their partner, or how enjoyable the sex is overall?

A recent study published in the journal Evolutionary Behavioral Sciences explored these questions. This study also offered insight into how women feel in these situations, too. That is, what is sex like for women who engage in what scientists refer to as “double mating?”

A total of 643 college students in New York state participated. Most were sexually active and currently involved in sexual relationships, having sex an average of 2-3 times per week. Participants completed a survey that focused primarily on their previous cheating experiences—cases in which they themselves had cheated, as well as situations in which they had sex with someone else they knew was cheating.

Participants were asked several questions about what those sexual experiences were like, including the intensity of the sex, whether or not they had an orgasm, as well as how much effort they put into sexually pleasing their partner.

It turned out that just over one-quarter of participants (27.4%) reported having cheated before. A similar number (26.8%) reported having been the other man/woman, meaning they had sex with someone who was cheating on a partner.

The researchers compared the sexual behaviors of men who knew their female partner was seeing another guy to situations in which men had no such knowledge of a male rival. They found that both men and women reported that thrusting behaviors were different when there was a known rival—in these cases, men thrusted more often and they did so in a deeper, faster, and more vigorous fashion.

Both men and women also rated sex as more satisfying when men knew they had a sexual rival. This is likely due, in large part, to the fact that men said they put more effort into satisfying their partner when they had a rival. Women also reported that sex usually lasts longer in these situations.

Men and women both reported that orgasms were easier to have, more intense, and longer lasting when men knew they had sexual rivals.

So what accounts for these changes in sexual behavior? The researchers attempted to explain them through an evolutionary lens focusing on sperm competition theory. The basic idea behind this is that men evolved to find sexual situations in which multiple guys are competing over the same woman to be highly arousing because this triggers behaviors that give them a reproductive advantage.

One such strategy is semen displacement, or attempts to remove semen deposited in the vagina by male rivals. Some scientists argue that the unique shape of the penis coupled with deep, vigorous thrusting is an effective way of “scooping out” the semen of rivals, thereby increasing a man’s odds of paternity.

Due to the correlational nature of the data, we can’t say for sure that sperm competition is what’s really going on here, though. Indeed, there are several other potential explanations. For example, having sex with someone you know is cheating could offer an extra thrill because it’s a taboo activity—and we know that taboos are one of the most popular themes in our sexual fantasies.

People are drawn to what they know they aren’t “supposed” to want, so it stands to reason that when people engage in taboo sexual acts, it might offer just the kind of heightened excitement observed in this study.

Yet another possibility is that men just feel they have more to “prove” sexually when they’re having sex with someone who’s already in a relationship. In other words, maybe they’re working harder at pleasing their partner because they want to demonstrate their sexual prowess. Or perhaps they want to try and impress their partner with the goal of luring them away from their other relationship.

Of course, it’s also possible that multiple explanations are true.

We need more research to better understand what explains the changes in sexual behavior that occur when men perceive male rivals. We also need research that explores whether similar changes happen in situations where people have same-sex partners, given that this study focused only on heterosexual adults.

Although we cannot point to the precise mechanism right now, these findings do tell us that knowledge of male rivals seems to enhance sexual excitement and satisfaction for men and women alike, which perhaps explains why pornography depicting themes of male sexual rivalry (e.g., gangbangs, cuckolding) are so popular year in and year out.

Dr. Justin Lehmiller is an award winning educator and a prolific researcher and scholar. In addition to publishing articles in some of the leading journals on sex and relationships, he has written two textbooks and produces the popular blog Sex & Psychology. Dr. Lehmiller’s research addresses topics including casual sex, sexual fantasy, sexual health, and friends with benefits. His latest book is Tell Me What You Want: The Science of Sexual Desire and How It Can Help You Improve Your Sex Life. Follow him on Twitter @JustinLehmiller or facebook.com/psychologyofsex.

Sexuality and intimate relationships are essential to our individual and collective well-being. Your support will help the Kinsey Institute advance research and education in the science of love, sexuality, gender, and sexual health, and give a diverse field of researchers the resources they need to make new discoveries.